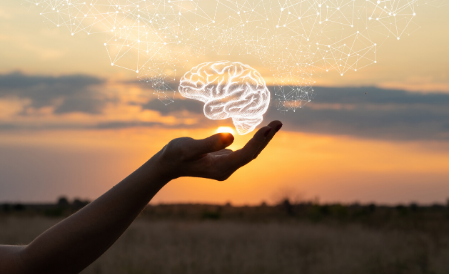 The experience of having PTSD symptoms (Posttraumatic Stress Disorder) can be overwhelming and frustrating for someone who has experienced a traumatic event.  With PTSD, the feelings of anxiety and depression are compounded by being easily triggered into a panic state, having flashbacks and nightmares, and having intrusive thoughts about the event.  There may even be some dissociation or lack of awareness of the present moment, that occurs during times when the person is triggered.   Some common questions related to PTSD symptoms are the following:

What causes me to feel triggered?

Trauma causes the part of the brain that is sensitive to threat (amygdala) to feel hypersensitive to threat cues.  It misinterprets non-threatening cues, for threatening ones. For example, if a veteran returns from Iraq and sees a bag on the side of the road, the veteran may feel a rush of adrenaline, and anxiety.  They may, in fact, know that they are not in danger, but the bag may cue the brain for danger, such as would be expected seeing explosive devices in bags on the side of the road in Iraq.   The brain receptors to threat are on high alert.   Those threat cues can be things a person hears, sees, feels, smells, or interprets from any experience.

Another way to think of it is the way it is described in by Daniel Siegel, MD in his book, The Developing Mind.  He states that “what fires together wires together,” meaning that when a group of neurons in our brains fire together during an experience, those neurons wire together creating what we call a neuronal network. What follows is that when any subsequent experience happens and it stimulates any of those same neurons, then the whole neuronal network is activated- not just a part of it.

Why am I so easily triggered?

When trauma is unresolved, the brain stores the information in a way that is called “state dependent.”  The traumatic memories are initially encoded such that it hides them away in the brain, rendering them less disabling for the person.  They are tucked away so that the emotional trauma and pain can be better managed.  Nevertheless, these memories are still there, just not in sight.  When PTSD symptoms emerge, one thing that often happens is that the person then experiences just the “shadow” of the memory[1], such as waves of feelings that can’t specifically be identified with any particular experience.  With state dependent memory, the specific memory can only be accessed when the brain is in the same state it was in at the time of the trauma.

Why do I have flashbacks and nightmares?

When someone has a flashback, it can feel as if they are re-living the traumatic experience.  When that happens, they may still be aware of the present moment, or they may feel immersed in the memory and temporarily lose touch with the present.  Typically these flashbacks are triggered by a piece of information that is related to the original trauma, such as a smell, sound, sight, etc.  As mentioned above, ‘what fires together, wires together’, so encountering one aspect of that old trauma network can bring waves of feeling associated to that entire network.

Nightmares are a hallmark of PTSD.  The limbic regions of the brain, and the hippocampus, are involved in the emergence of nightmares that can be terrifying and exacerbating the PTSD symptoms.  As the brain tries to make sense of traumatic events, these events are replayed, often if very vivid detail.  With both flashbacks and nightmares, EMDR therapy can help to relieve the symptoms allowing the brain to heal from the trauma.

Dissociation occurs when a person loses touch with the present moment.  This may be mild, during which time they can still recall the experience of dissociation, but it can also occur where there is amnesia about the dissociation, causing there to be lapses of time for which the person cannot account.  The purpose of dissociation is to protect oneself from the pain of thinking about or re-experiencing a traumatic event.  If there is fear that it may be too overwhelming, the brain can trigger a dissociative state for protection.  It is typically an automatic occurrence, that is not deliberate. Dissociation is a natural response to trauma, and can be protective during the course of a traumatic event, however later dissociation following the event is counter-productive and may need to be addressed in counseling.

EMDR therapy can ultimately help to eliminate dissociation, although proper screening for dissociation is important prior to commencing EMDR.  For people who tend to dissociate, the therapist may extend preparation as necessary prior to beginning to reprocess the traumatic event with EMDR therapy.

[1] Northwestern University. (2015, August 17). How traumatic memories hide in the brain, and how to retrieve them: Special brain mechanism discovered to store stress-related, unconscious memories. ScienceDaily. Retrieved November 6, 2019 from www.sciencedaily.com/releases/2015/08/150817132325.htm